We had to use PhoneGap for compiling our apps, but in the end we decided to use CocoonJS for building our game. The final task of the course was to create our own mobile application of course. I haven't created any mobile games yet, so I decided with my friend we will make a mobile game for Android. I also had two Android phones to test the application.

First we decided the game should be Super Mario like 2D runner game with very easy controllers. Maximum of 4 buttons. Then we decided to use only 3 buttons. Left, right and jump. The game is easy enough to be played on the mobile. The challenging part was which game engine we should use or use our own? We found many different engines, but we wanted HTML5 based game engine, because then the game would be easy to port to any operating system. Then we found Quintus which was what we were looking for. It had mobile controllers implemented already. We decided to do at least three levels for the game, create some sound effects, background music and a little starting intro like in Max Payne which is black and white comic.

It actually took us very long to do the game. If we had created the whole engine it would have taken over a year from the team of two guys. 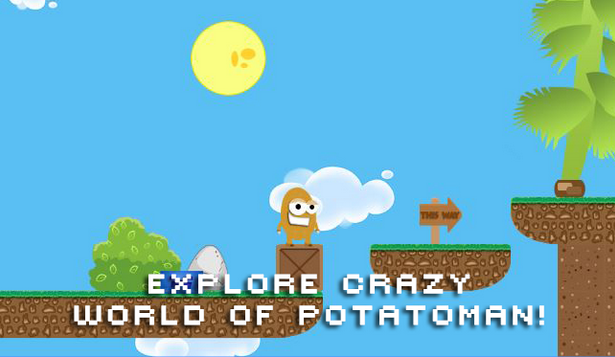 I was in charge of the game graphics. All graphics are done with Adobe Photoshop and Illustrator. Our game engine needed Tiled map editor for the level design. I created also the levels. Then I used microphone and Audacity to create sound effects. My partner focused on game logic and programming. When all the material were ready we also created teaser video for our application and compiled it in the CocoonJS. We had some trouble converting the game but in the end we managed to do it. It was a nice little project. To keep our code nice and clean we put it to GitHub. 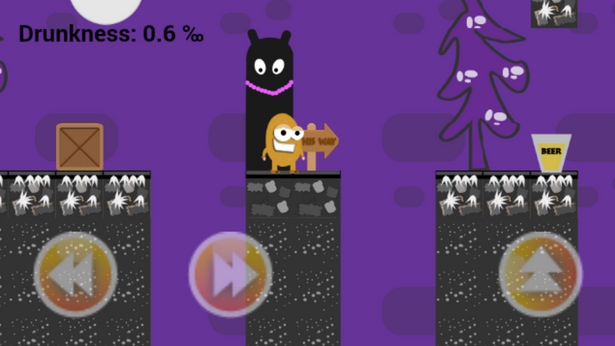 We got 5/5 grade for creating and publishing this game.